All payments are processed in NZD and shipped from New Zealand

All payments are processed in GBP and shipped from England 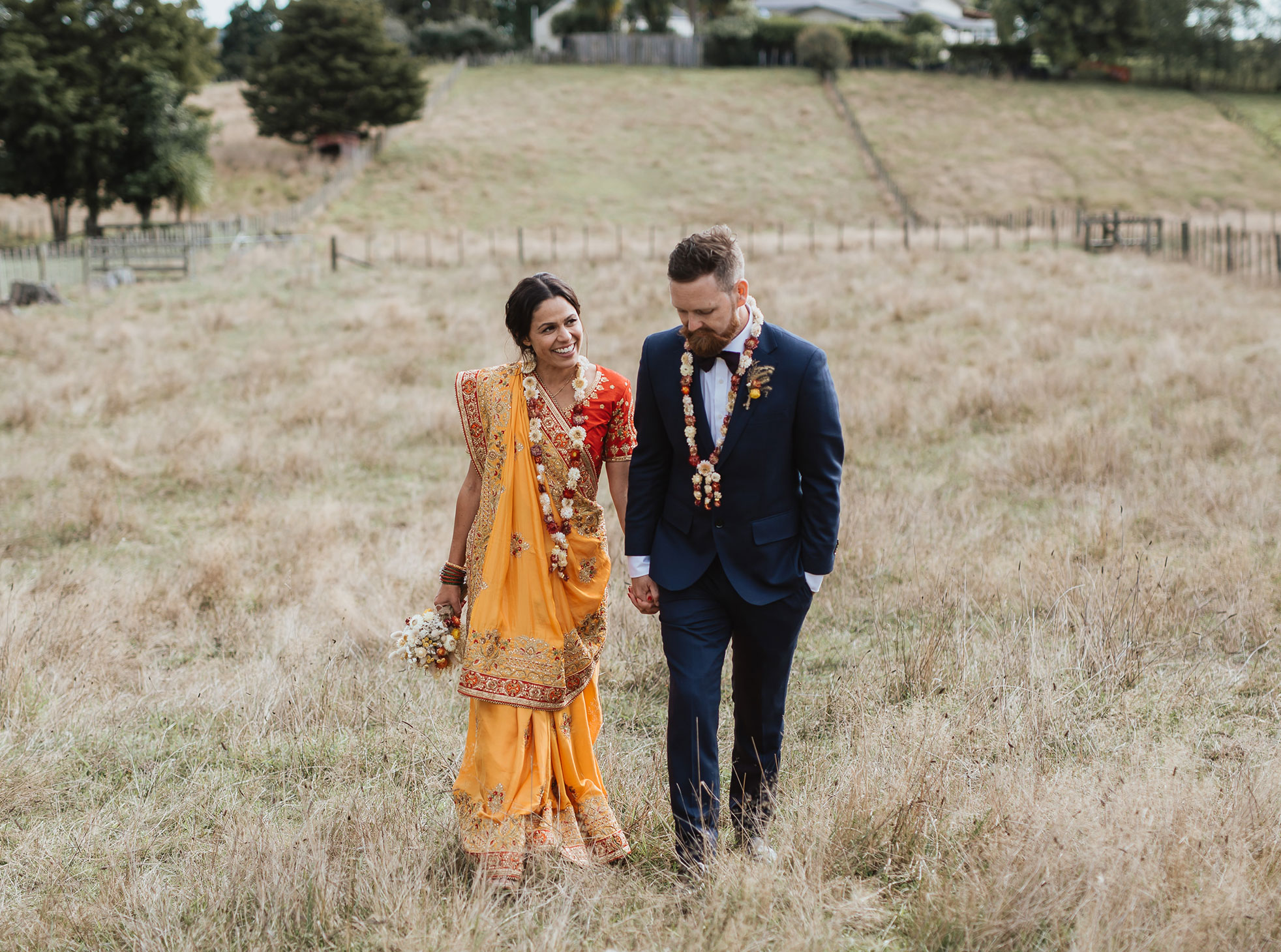 Shayna and Kyle had been together for 15 years, after meeting at university studying design they decided to set off and travel the world together.

Kyle proposed in Morocco with a wooden ring he had carved out of Kauri.

"..we came up with the idea of including small birthstones for each of our boys, then engraving water ripples around the stones."

After getting engaged, they moved back to New Zealand and Shayna began working at Zoe & Morgan. Naturally, they worked with Zoe to create Shayna’s engagement ring. “I loved how she listened and considered my personal taste and style, and she helped me choose the right stone, which is so sparkly!”

They didn’t do things completely traditionally, and decided to have kids before getting married. They welcomed their first beautiful boy Julian and while Shayna was 9 months pregnant with Isaac, they bought their first home.

Both Shayna and Kyle come from very large families, their wedding showed a real sense of family and community as everyone had helped in different ways to bring their day to life.

Their wedding was held on Shayna's parents farm, a beautiful 6 acre block of land in Ramarama. This allowed them to reuse, upcycle and utilise lots of things around the place for the wedding.

Shayna prepped months in advance to craft her own bouquets and buttonholes, “Mum and I planted flowers in August last year and she had been harvesting and drying them in the months leading up to the wedding. Our friends collected other flora and foliage over the summer holidays for us.”

Kyle built a bar and the arch for them to be married under, “I was brought up Catholic so wanted the shape to symbolise and represent a church”.

Surrounded by lots of creative friends, they all chipped in and helped contribute with their different talents... “My dad built us a DJ booth and we had our friends Dom and Luke from Flamingo Pier DJ for the night.

Our friends set up the marquee and all of the lights, and our food was from friends who have a food truck at the Mangere markets. Our lovely school friend Coralee was our photographer, which made having photos on the day so easy and relaxed.”

“We mowed an aisle in the chicken paddock and were married by a friend we’ve known for 10 years. We wanted our ceremony and the whole day to reflect both cultures we grew up in; I wore a saree to show my heritage and we included little traditions in the ceremony, like exchanging garlands.”

Their boys were ring bearers in the cutest outfits we’ve ever seen, and helped with some inspiration around creating Kyle’s ring with Zoe.

“I always wanted a ring that was simple on the outside, but had something interesting and meaningful on the inside. After a session with Zoe, we came up with the idea of including small birthstones for each of our boys, then engraving water ripples around the stones, with the effect like water going around rocks in a stream.”

Both Shayna and Kyle have water-based horoscopes, so Zoe had a great idea to get the boys to draw the ripples.

“During the last lockdown, we set up the table with large pieces of paper and felt tip pens. Interestingly, the boys chose their own colours. Jules only chose oranges and reds, while Isaac only chose blues and greens. Their drawing styles were also very different and it was such a nice way to really capture this time in our lives with the boys. Jules’ being scribbly and curly. While Ike’s are long and streaky. Zoe did an excellent job selecting which marks to use because when I look at those markings inside the ring, it’s very clear to me who is who.”